After 7 and a half months of staying (mostly) in hostels I’ve noticed that they’ve mutated from being something purely idiosyncratic into something kind of annoying. It’s strange. The idea of sharing a room with strangers, before leaving for this trip, seemed awkward from the outset. But then as soon as I checked into the first hostel, I found it easy to adjust; and not just easy, but preferable to staying in a private room. Then it seemed, at about 5 months in, that my pre-trip anxieties started to manifest, and become magnified as time went on.

So here’s my laundry list, I suppose, of things that annoy me about hostels. They’re rarely funny for me at the time, but it’s funny to look back on those times when I felt like assaulting the guy snoring in the bunk below me, which brings me to number 1 on my list…

1. Snorers. Okay, I can’t blame someone for snoring. It’s not like they choose to do it and would stop if I just asked politely. But still, if you’re staying in a dorm, you’re bound to have to deal with this issue, and sometimes earplugs do little to block out the incessant snorting and wheezing. The last time I had a snorer in the same room was interesting. He took snoring to a whole new level; creating a musical masterpiece, with changes in pitch and experimenting with peculiar sounds. Although at times it also sounded like he was struggling to breathe. 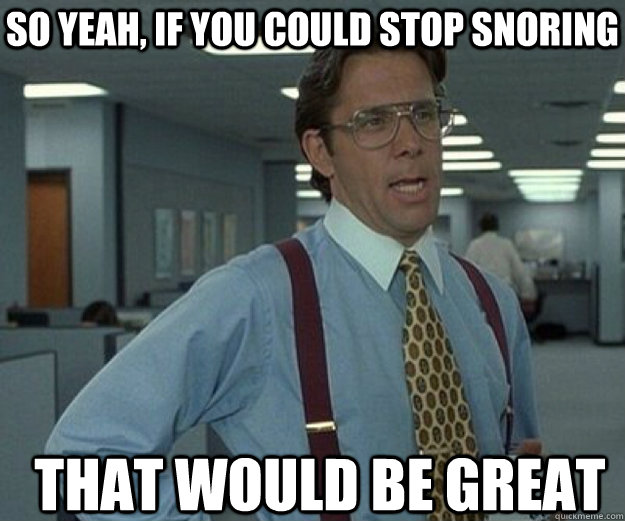 2. Bathrooms. With so many people using a limited amount of bathrooms, this can cause some problems. First is having to wait to use them, and the wait can be a while, which isn’t always ideal when my bladder is about to burst. Second is that they can turn pretty gross very quickly. So after waiting patiently (and furiously) to have a shower, I have sometimes entered into very scummy territory, with slippery muddy floors, hair clogging up the sink and shower drain, and an overflowing bin, which is especially bad when you consider that toilet paper isn’t flushed in a lot of countries. (I am not saying I don’t also take my time in the bathroom and contribute to the general filth; I do, I’m just trying to play my part like everyone else). A third common pattern I noticed with a lot of hostels, in South East Asia at least, is the fascinating ecosystem I would happen to find thriving in cracks, gaps and holes in the bathrooms. Upon entering, I would be greeted by colonies of ants. Luckily I don’t remember seeing any cockroaches.

3. No privacy. To be fair, if I’m staying in a hostel, a lack of privacy shouldn’t be surprising. However, I’ve realised that having any privacy, at any time of the day in a hostel, can be hard to come by. And even if the lack of privacy wasn’t an issue to begin with, over time it started to seem like a luxury. I have to say that this is one reason why I’m very much looking forward to going home; to have my own space again. Anyway, maybe for more extroverted types staying in dorms all the time won’t be as tiring, but if I feel like relaxing (binging on Reddit), it’s not really relaxing in the way I imagined. With people constantly coming in and out of the room, or if the common room is full of people, I start to feel like an unsociable Internet addict, glued to my screen, even though I know I need some downtime. For travelling, I think I will still prefer hostels to save money and to meet people, but when I start getting irritated with people for no other reason than signalling that they exist, I think it’s time to move to a private room.

4. Sex in the dorms. Just don’t do it. I don’t want to be a killjoy, but no-one else in the room is empathising with your chance to get laid. At least one person is awake and can hear. Trust me they aren’t silently high-fiving you. They hate you. Why anyone, however wasted they are, would choose to have sex in a room full of sleeping people as opposed to anywhere else in the hostel is beyond me. Oh, you’re trying to be quiet? Well, we can all still hear you trying to be quiet, and the awkwardness is suffocating. Go to the rooftop or a closet. Or better yet, the bathroom. The ants in there will happily be an audience for you and not care one bit.

5. The ‘conversation’. It’s one of my pet hates and unavoidable when staying in a hostel: having the same conversation again and again and again. Did you just arrive? Where are you from? Where have you been? Where are you going? What do you do back home? What will you do when you go back? When small talk stays as small talk and leads nowhere else, which happens all too often in hostels, it isn’t just mundane for me, but feels like some sort of micro-torture. It’s nothing like waterboarding, but I could compare it to someone constantly splashing water on my face. How much can I pay you to stop asking these questions?

I definitely felt this way about the ‘conversation’ at some points, but now it’s become so routine that I just answer the questions, apparently enthusiastically, like some sort of automated traveller. Someone told me a funny story (I forgot who, of course) of a German girl they met who was so annoyed by these questions that when introducing herself she would immediately give the answer to every possible question they could ask: I’m from Germany, I’ve been travelling for X amount of months, I’ve been here, here and here, and I’m going here next. Clearly jaded. And clearly German – check out how efficient that conversation was! I think that printing these answers on a t-shirt or a business card would also work. I might do that in the future.

6. The kitchen. Cooking in hostels is a great way to save some money. It’s also a great way to develop a hatred for cooking. I don’t want to have to wait my turn to use a pan or awkwardly try and use said pan while everyone else in the hostel decides now is a good time to cook. The kitchen is often an easy way to meet people if they’re cooking, eating or drinking, but if I just want to cook something and eat it as quickly as possible (maybe I’m really a German deep down?) then I don’t have the time and patience for all this other business. Also, some hostels have had some pretty bare bones kitchens. Having to open a can with a blunt knife is definitely a challenge, but it’s not a fun one.

7. No towels. Most hostels have towels, sometimes free (which is glorious) and sometimes to hire. But those hostels that don’t have them really should. Packing a towel takes up too much space, unless it’s one of these microfibre towels, which I might look into getting. But since I haven’t taken the initiative to pack a microfibre towel, I will unashamedly shift the blame onto these hostels. I can recall many times when I’ve just had to stand in the sun, waiting to become dry, or used a bed cover, which just feels horrible. Sometimes I won’t do either, I’ll just put my clothes on straight away, using them as the towel, which is also not a pleasant feeling. If I happen to get given a nice fluffy towel, it’s like a gift from the gods.

8. Mosquitoes. I don’t mean to say that hostels have a higher concentration of mosquitoes compared to outside the hostel, but there have been too many times when the beds really needed a mosquito net. I’m not the biggest fan of sleeping while I get feasted on by these bastards, potentially giving me dengue. Other times, because the room has had not just no AC, but not even a measly fan, all the windows had to be left open, so we were pretty much inviting all of our blood-sucking friends round for dinner.

9. When the rooms are too small. When I have to navigate between heaps of clothes and oversized backpacks, being careful not to trip over various cables or knock empty bottles of water over in the night and waking everyone up – this is a sure sign that some beds need to be removed from this room. Being able to walk to my bed and sit on it should not be a challenge.

10. Poor quality sleep. The hostel is next to a noisy street; someone knocked over an empty bottle in the middle of the night (me), or comes in at 4am, or wakes up at 6am, or has sex in the room, or is snoring, or insists on turning on the lights when they come back late instead of using the flashlight on their phone, or starts chatting loudly when other people are sleeping, or slams the door when coming in and out of the room, or has a loud alarm which they don’t even wake up to! Yes, there is a plethora of ways in which a good night’s sleep can easily be denied.

And so that’s my list of 10 things that annoy me about hostels. I’ll just end by saying I’ve met awesome people (now friends) in hostels, so I don’t mean to paint them with a completely negative brush. But they are what they are, and you get what you pay for. Sometimes though it really is it worth it to pay extra for some privacy, instead of putting up with these frustrations just because it’s cheaper.

One thought on “10 things that annoy me about hostels”